It's the Kilimanjaro blog special! Hooray!

For those who don't know - I don't really know how that's possible, but bear with me - I climbed Mount Kilimanjaro. And it was pretty cool! I'm not going to write much, because I don't want to, so this will mostly be a multimedia blog entry.

First off, and mainly just as an FYI, here's a map of the route I took. It's a 9-day trek, covers 55 miles, and pretty much circles the main peak of the mountain. 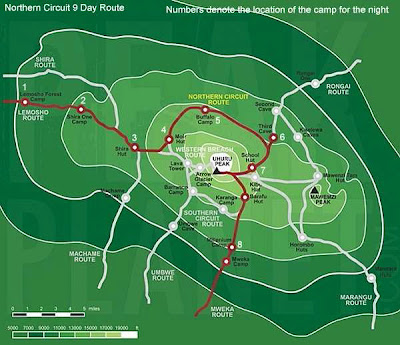 So that's that. But what about actual blog entries. Well, originally I was thinking of being really clever and keeping a journal, since I wouldn't be taking my laptop up with me. Pen and paper don't need electricity, donchaknow. But here's the thing - writing blogs takes time. A not insignificant amount of time. And that's just typing. Where every letter is just a single finger motion. But actual, physical writing? That takes even longer. Like, way longer for the same amount of content. I don't know how I used to do it all the time during my Freshman year of college. And so it became increasingly clear to me that keeping a physical journal with the same level of detail I normally kept would be impractically difficult. And really, after spending all day hiking, would I really want to spend upwards of hours writing things down in the bitter cold by flashlight, when I really should just be getting sleep?

So, I very quickly changed course, and decided to go with a video blog, since I could film myself with my phone. And, despite the difficulties inherent in filming as opposed to writing (that is, the inability to go back and edit without a big, literal production), I think it was for the better.

So enough preamble! Let's get into it, because this is going to take long enough as-is. First, you can read the lone, solitary entry in my journal, from the day before the trek began. I'm too lazy to transcribe it, so you can just click on the photos I took to enlarge them. 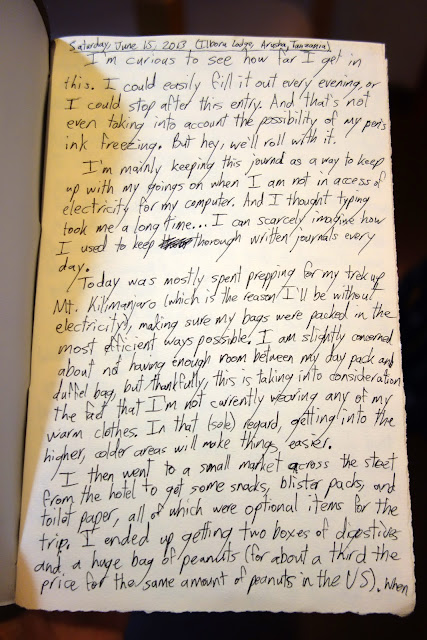 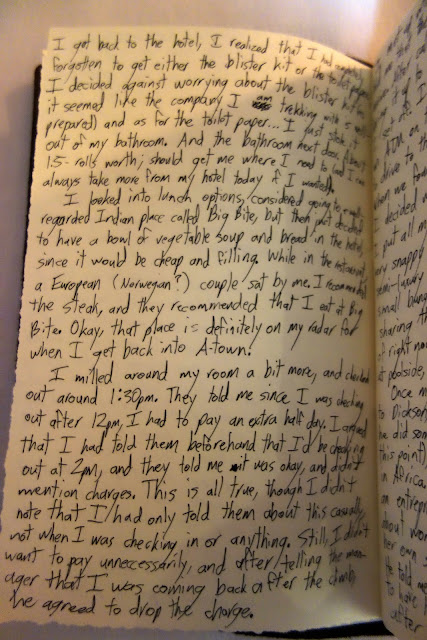 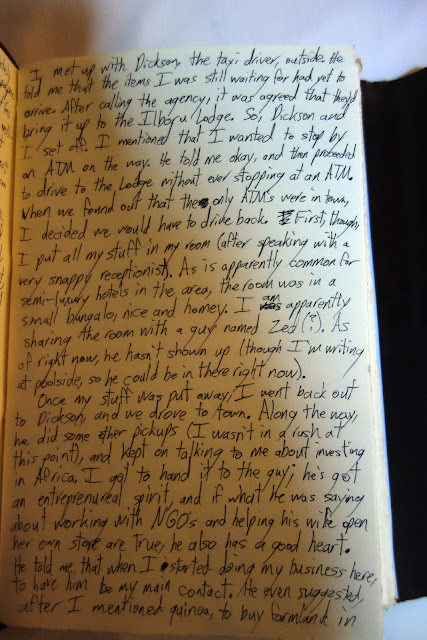 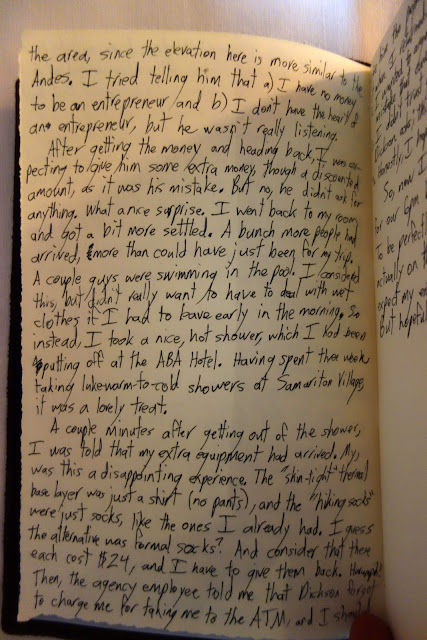 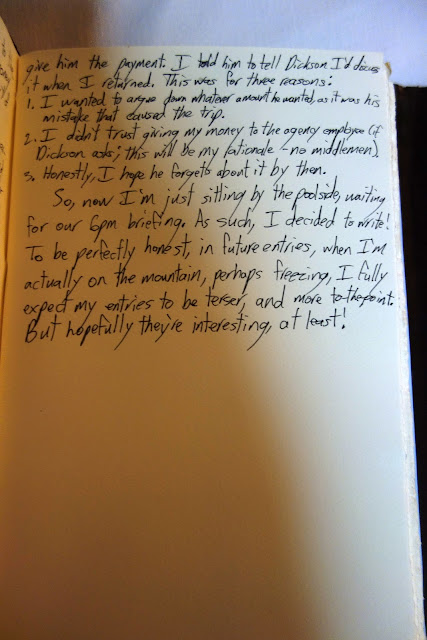 It was true, the subsequent entries were terser. Infinitely so.

But s I said, I moved into video mode from thereon out. And here's all of those videos in one big, blockbuster compilation. I don't want to build it up too much (because it's honestly not that exciting; it's just talking), but I hope you find it at least the slightest bit entertaining, if only to see how progressively disgusting I become. Enjoy!

So that's it! My Kilimanjaro experience, somewhat experienced by you now. I'd be curious to know if you liked the video format, because I might want to do something similar for Mount Everest. Also, it took a looooong time to upload this. Like, 10 days of continuous uploading. So if it wasn't worthwhile, I'll...I dunno, jump off a bridge? Nah, I'd just stick to writing.
Posted 11:55 PM